You Are Here:   HOME > ABOUT ISTANBUL 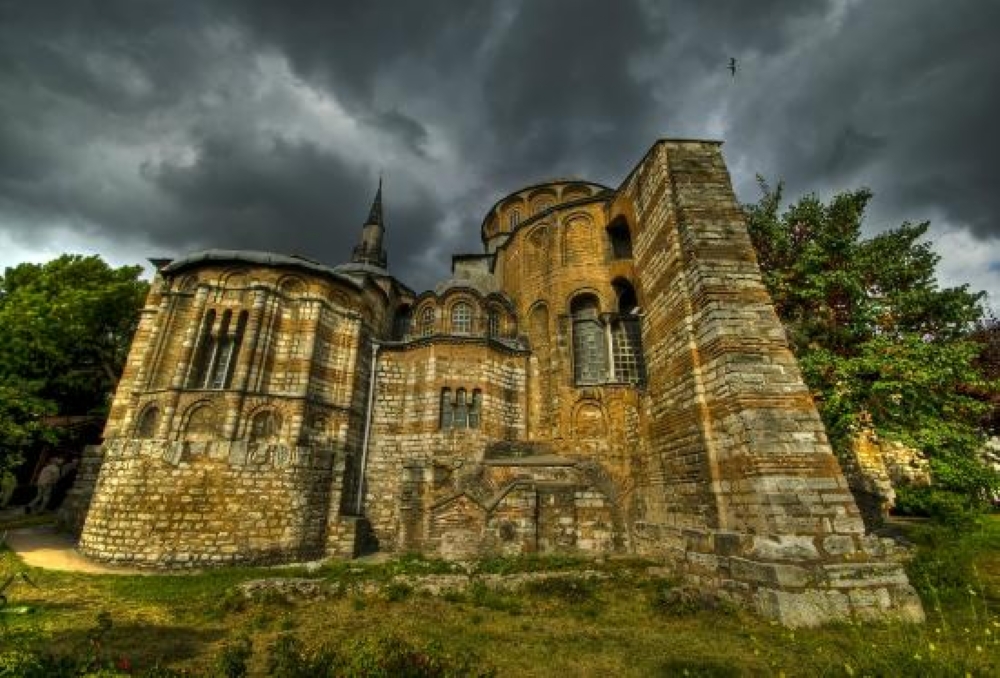 The Church of the Holy Savior of Chora, called in Turkish, Kariye Camii, is, after Hagia Sophia, the most interesting Byzantine church in the city. Not so much for the building itself, pretty as it is, but because of the superb series of mosaics and frescoes which it preserves and which have been magnificently restored and cleaned by the Byzantine Institute of America. The name of the church,"in Chora" means "in the country" because the very ancient monastery to which it was attached was outside the walls of the Constantinian; later when it was included within the Theodosian walls, the name remained the Holy Savior of Chora.

The church of The Holy Savior in Chora (Kariye Camii) is the most important monument of the Palaeologan age. Its unique iconographic programme, the quality and beauty of the mosaics and wall paintings, make it one of the outstanding masterpieces of Byzantine art.

The origin of the monument cannot be traced with certainty. The earliest reference is found in the Synaxarion (Legendary) of 4 September by Symeon Metaphrastes, according to which the relics of St. Babylas who was martyred in 298, were removed from the Golden Horn to the northwest part of the City, at a place outside the walls where there is a monastery called Chora.

An anonymous 9th century biographer assigns the foundation of the monastery to St. Theodore, uncle of the Empress Theodora, whom Justinian had called to Constantinople to help the Church in the struggle against the sect of the Theopaschites (536). Theodore settled outside the walls at Chora, where there was a small church.

With the assistance of the Emperor and Empress, Theodore founded the monastery. Destroyed by an earthquake in 557, it was rebuilt by Justinian, this time larger, with a domed church revetted in marble, consecrated to the Holy Virgin. At the same time were built three parecclesia, dedicated to St. Anthemius, the Forty Martyrs of Sebaste and the Archangel Michael, and also a bath and a hospice, i.e. a wholecomplex of buildings (Gedeon).

Tradition has it that St. Savvas (439-532) travelled from Palestine to Constantinople and was given hospitality at the monastery in Chora. Thenceforth, monks from Palestine were always welcome.

Nicephorus Gregoras, who lived at the monastery and wrote its history in the 14th century, records that it was founded by Justinian. On the other hand, the historian Procopius remains silent on this point.

Be that as it may, it would appear that the origins of the monastery in Chora can be traced back to the 3rd century, and this is why the site was considered sanctified.

The name of Symeon, abbot of the monastery in Chora, appears among the participants in the 8th Ecumenical Council of Nicaea (787), which restored the veneration of icons.